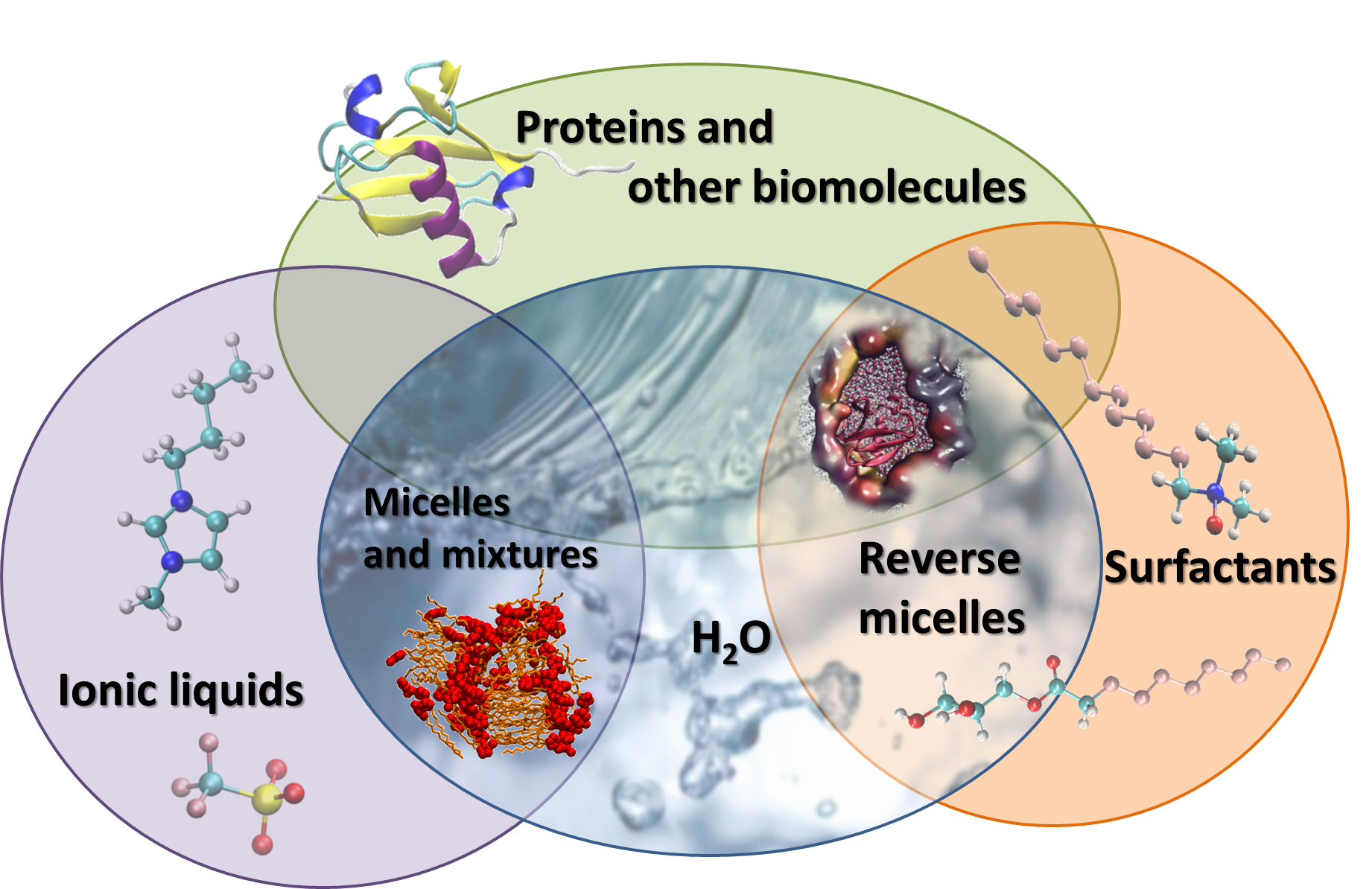 We explore the chemical world by modeling large molecular systems on the computer and looking at their diverse properties such as structure, energies, dynamics and spectroscopic quantities.
These systems (e.g., proteins solvated by water, or complex electrolytes) usually comprise thousands of atoms, and exhibit interesting behavior on very long time scales (e.g., experimental observables). In addition to homogeneous solvents, we also investigate (reversed) micelles and their impact on molecules in the core and at the surface of these nano-particles.
For both, simulation and analysis we develop code for (highly parallel) computing on modern CPU and GPU architecture.

Our computational studies at the molecular, mesoscopic and macroscopic level cover the range from thermodynamics to spectroscopic properties.

The change in free energy ΔA = A(β)-A(α) between two states α, β provides the single criterion for the spontaneity of a chemical or biological process. Computer simulations can not only determine free energy differences of interest, but they also make possible a microscopic (atomistic) explanation of the result obtained. Research interests concern both methodology, as well as application.

To make spectroscopic calculations on nuclear motion feasible our molecular dynamics simulations usually are atom-resolved and based on classical mechanics. According to the requirements also hybrid (quantum mechanical), polarizable, coarse-grained, or multi-scale models are designed and implemented. Learn more ... 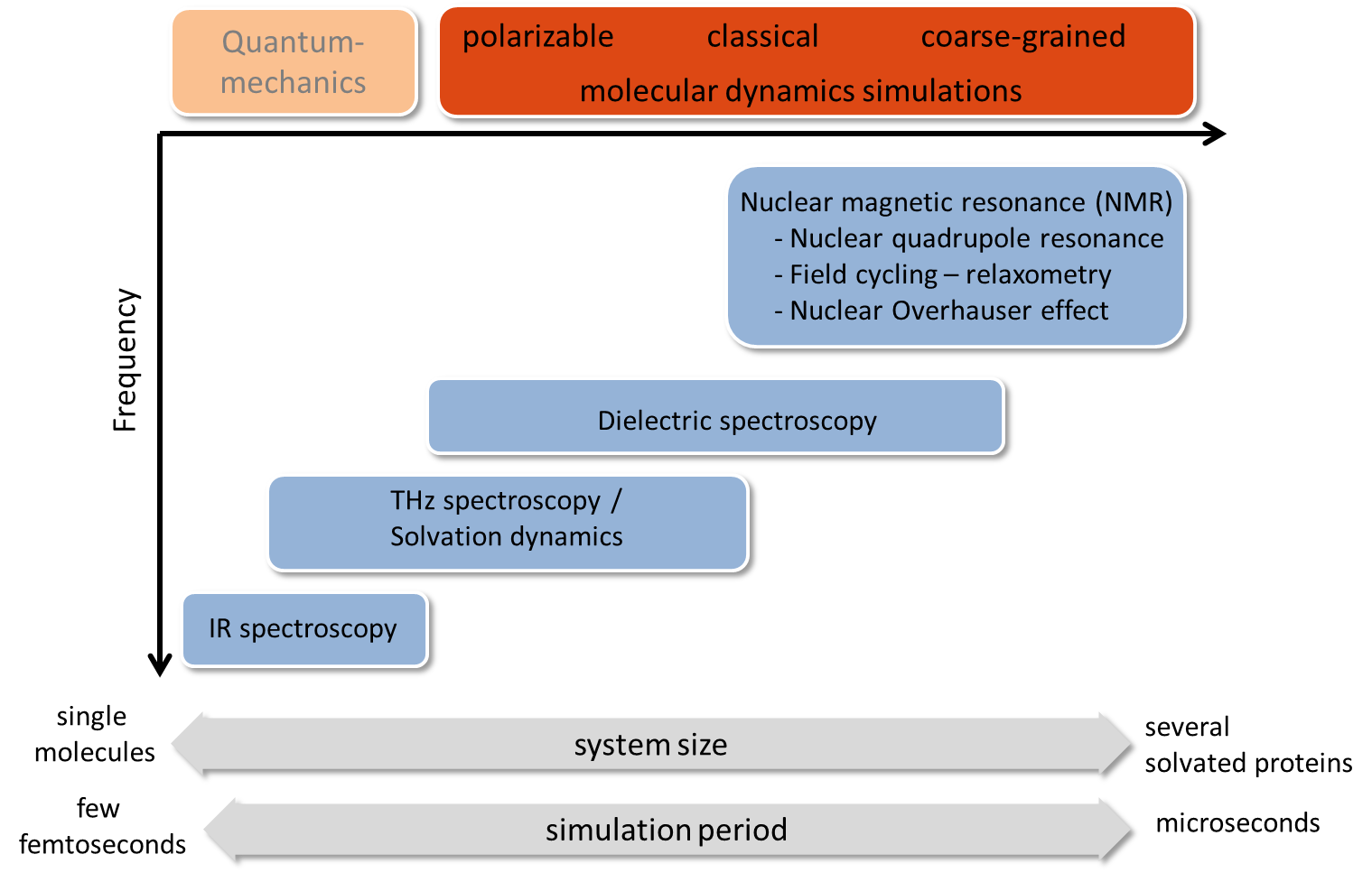 As a simple definition given by Paul Walden in 1914, ionic liquids are commonly recognized as salts with a melting point below 100° C. Popular cations are imidazoliums but other organic heterocyclic cations such as pyridinium or pyrrolidinium are also possible. In addition, ammonium, phosphonium and sulfonium cations with linear, branched or functionalized side chains have been used. Typical anorganic anions comprise halides, alkylsulfates, alkylsulfonates and in particular bis(trifluoromethyl-sulfonyl)imide. The plethora of cation/anion combinations allows for variation of the physico-chemical properties over a very broad range and can be further fine-tuned by side chain modifications of both, cations and anions. 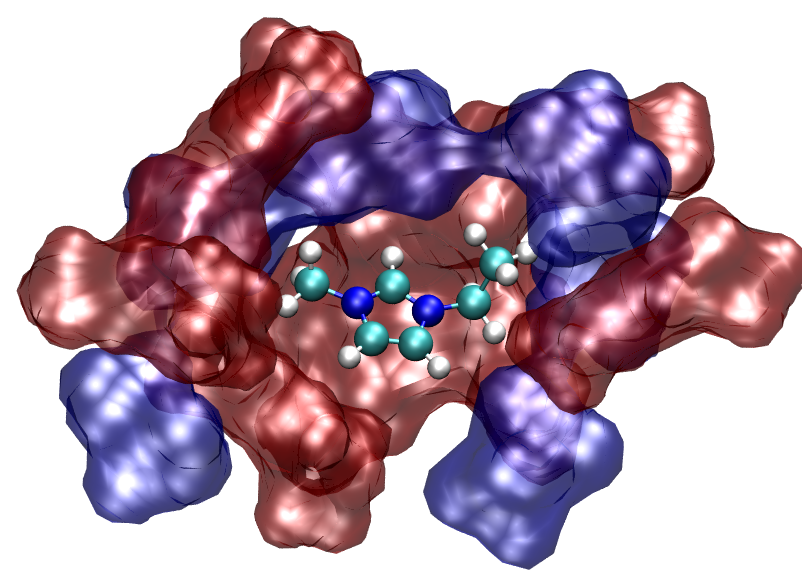 FWF 29146: "Ion-Aggregation of Chiral Ionic Liquids and its Impact for Asymmetric Synthesis"